Our listener lives in a house divided and wants to know if Allissa and Michael are for or against pineapple on pizza. 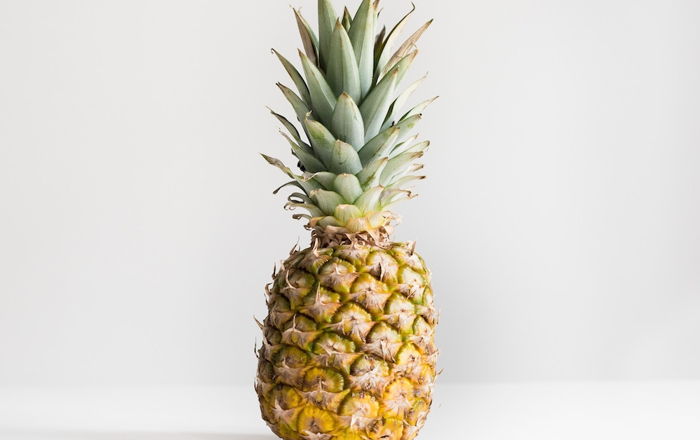 Our listener lives in a house divided and wants to know if Allissa and Michael are for or against pineapple on pizza.

MR We’re your hosts. Welcome, welcome. Welcome to another awesome Q&A episode. I am — I think this is probably the most important question we have gotten so far. It might take a lot of thought, a lot of serious consideration here. So I’m just going to play it and —

AH — so yeah. This is going to be safe to listen to you with your kids, but if you get the feels when you listen to it, just, we warned you. So there’s that.

MR Yeah, yeah. We apologize if we offend anyone, so let’s just play it here.

Listener question Apparently the world is divided between people that believe pineapple belongs on pizza and those that don’t. I live in a house divided, and I need to know where Allissa and Michael stand. Pineapple on a pizza: yay or nay?

MR Wow. Talk about the heavy topics for today. Let’s do our sponsor and then we’ll hit it.

AH Yeah, so this episode is sponsored by the Massage Business Blueprint premium membership. You, friends, you, if you are ready to get serious about growing your massage practice, our premium members are an amazing — our membership is a great way to do it. You get access to our premium webcasts, templates, articles — I mean, I’m talking verbiage on how to fire a client. I’m talking blog posts you can use in your own massage business website. You just edit them up so you they sound more like you. We have member’s only office hours, which are, essentially, group video chats, conferences, that — we have like four or five a month now.

AH You spend an hour with Michael and/or I in a group chat and other premium members, and you get some great peer mentoring, you get a little community. We have a Facebook group that does not have stupid threads of people fighting over essential oils.

AH It’s really great. So if you want to learn more, you can go to massagebusinessblueprint.com and check out our premium membership.

MR [Laughing] I love that’s our ringing endorsement: Does not have stupid threads about people fighting about essential oils. [Laughing]

MR That’s the best endorsement we could give.

AH Yes, but only with Canadian bacon.

MR Oh, my goodness. We agree.

MR I was so sure we would disagree.

AH No, man. I love myself a Hawaiian pizza.

MR So what if a pizza does not have Canadian bacon on it, but does have pineapple on it?

AH I mean, I’d probably be okay because the cheese has got enough salt in there, but I wouldn’t be as happy. I wouldn’t turn it down. I wouldn’t say, no, thank you.

AH But I feel like I’m a little worried that this episode might be a tiny bit too short, and it’s really important.

So Michael, when you order pizza, if it’s just you — just you ordering a pizza just for Michael — what do you get on your gluten-free crust?

MR Well, it varies. Sometimes I will get pineapple pizza. I’ll just get cheese and pineapple. I’ll get straight up —

AH But do you ever get pizza with lots of toppings?

MR Yeah, sometimes. Usually we just have — like the pizza place near our house has a special where it’s like two medium one-toppings and we — for like 7 bucks each. So we usually get that.

AH So what pizzas do you get for your household if it’s like you and Arianna and the kid?

MR Yeah, so I get my — usually it’s mushroom, but sometimes I will get pineapple. And then Arianna and Eli will get pepperoni because Eli eats pizza by picking off the pepperoni and eating it — the pepperoni individually and then eating the cheese off the pizza and leaves the bread part, like, the crust. So he’ll just eat the cheese and the pepperoni off.

MR Yeah, yeah, basically that’s kind of what it is. [Laughing]

MR But if I’m getting multiple toppings, I will get — I like all meats. I like, you know, pepperoni, hamburger — you know, I like hamburger, pepperoni, and bacon or ham. So I like those.

AH I am opposed to chicken or hamburger on pizza. I do not like either.

AH Nice. So if it’s just me, I get veggie pizza. I get maximum veggie. I get veggie explosion. So peppers, onions, tomatoes, if they have broccoli, mushrooms. I get a full-on veggie pizza because I will eat — because when it’s loaded with veggies, it’s much more filling and a little less horrifyingly unhealthy —

AH If I get just cheese pizza, I’ll eat an entire pizza by myself.

AH If I get a veggie pizza, there’s so much stuff on it that I can only eat one or two slices and then I have leftovers for meal prep. So then it’s like — but when I’m ordering for the household, I have to get — I’ll get like — if it’s just me and Walt, I’ll get half cheese, half veggie. Or sometimes we’ll compromise and get a pepperoni. But typically now, because the older kid now eats pizza, which is kind of a new development for her, now I get one cheese for Walt and the kid, and I get a veggie for me, and then I eat that veggie for like three meals. Because if I can get a pizza and have it last me for dinner, breakfast, and lunch, that’s a win for me.

AH And that’s important information about how Michael and I eat our pizza. If you need to comment on how you like your pizza, you can totally comment under this podcast episode on the website. You can include your favorite pizza in your iTunes review of us if you wanted. And that’s all I have to say, Michael.

MR So do you feel like this episode has been long enough, Allissa?

AH It has definitely been long enough, and I’m really glad I learned that — I wouldn’t have guessed you’re like a meat-lover pizza kind of guy.

MR I no longer follow the hierarchy of meat, so I eat bacon now.

AH Yeah, I’m really proud f you for that.

MR [Laughing] We’ll talk about that in a different episode.

All right, thanks everyone for joining us today. Reminder —

AH And thanks, Rianne, for that question. In case anyone didn’t know, that was our friend Rianne, and it was a brilliant question.

MR [Laughing] Thanks for calling out Rianne as well.

So thanks, everyone, for joining us. You can send us your questions at massagebusinessblueprint.com/talk, and we’d love to hear from you. Thanks for joining us today. We’ll see you next time. 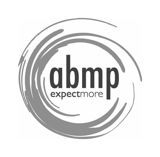